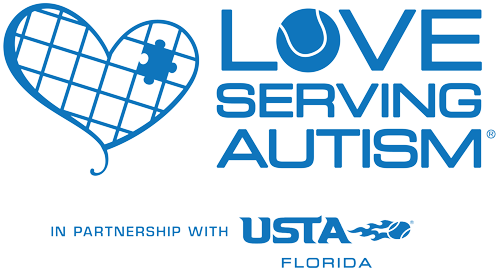 Serving Autism On and Off The Tennis Court

Tennis Interview with Anlor Davin, Author of Being Seen

http://www.anlordavin.com/
“Anlor Davin is an author, teacher, mother, French immigrant and a Zen student. Her book, Being Seen, is a memoir about an autistic woman struggling not only to be seen but to be understood and respected. Today, Anlor works daily to help people understand autism of the kind that she experiences, and to let people know the value of basic meditative practice in living, and thriving, in autism.” 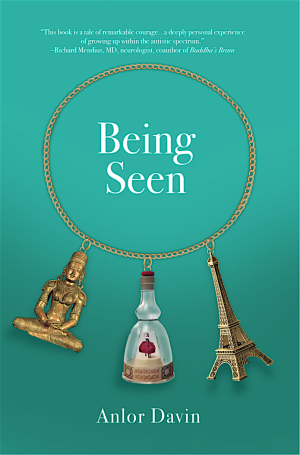 1. At what age did you begin playing tennis?
2. Where was your favorite tournament?
3. At what age were you diagnosed with ASD? And, if diagnosed as an adult, do you think it would have helped you in tennis if you had a diagnosis earlier in life?
4. Do you think tennis is a good sport for individuals on the spectrum? If so, why?
5. What are your current life goals?

I started playing tennis around age 5, due to my father’s lifelong passion with it. When younger he had played with the “Four musketeers” of French tennis, who dominated the game in the second half of the 1920s and early 1030s. (Henri Cochet, RenéLacoste, Jean Borotra & Jacques Brugon). When I was a child Papa was a tennis instructor in a small French provincial town located by the seaside, Les Sables d’Olonne. It is no surprise then that I picked up the game, the surprise is that I very much took to it.
My favorite tournament was the Spring tennis league for adult women, in which as was allowed to play as a teenager. I really enjoyed being in a car on the way to another town’s tennis club with the other four adult women on the team, listening to their lifes’ challenges; the pressure of winning as a team was spread to all of us, and since I was one of the strongest players on the team I was reassured that I had a place there. I only had strength to sustain participating for 2 or 3 years, and I was crushed when around age 17 I started to faint and eventually lost all my strength and could no longer maintain the level I played at.
I was diagnosed autistic at the age of 46. In retrospect, I am glad I was never diagnosed before as I then had the freedom to have “normal” opportunities, such as playing tennis, which I eventually tried again without success. This tennis passion of mine was forty years ago, in France, and at that time autistic children were often institutionalized, and without tennis I am not sure this fate would have been avoided. Nowadays it might be different, opportunities like playing tennis might be “offered” to the autistic child, though trust that the autistic child may succeed is almost none, I say this this based on my experience. Whether diagnosed or not, since I was good in tennis my peers did not dare making much fun of me for my oddity –of course it also helped me that my father was often the person they had to deal with if they also played tennis, which many of my friends did.
I very much think that tennis is a good sport for individuals on the spectrum. Physical activity is a must for all children, and tennis has many other advantages for an autistic person. Often it is played outdoor and in relative quietness (courts are often in a natural park of some sort, with the main sound of the “plop” of one ball at a time), the player is alone on their half of the court, in complete control over it, the release of anger that wacking that ball can be, the lines to obsess over (was the ball on the line or outside?, for example), learning to focus and concentrate on the ball… Through playing tennis, I received some attention (from my father, from the newspapers, etc). Also, I loved to repeat the same thing over and over at the tennis wall (I spend countless hours, alone, there). Learning to focus my eyes on the ball instead of the rabbit that ran in the background was a useful challenge. Tennis was certainly a school of life for me.
Unfortunately at this time in my life (I am 54 y.o.) I cannot play tennis any longer. I have a pinch nerve in my neck (no I do not think it came from tennis, since I got it when I had already stopped for many years). Still though I often dream about playing tennis, it happened just last night! I can’t help but hope that some day I will be able to go back on the court, not only the pain in my neck, back and shoulder will be gone, but I will have enough money to join a club! Nowadays I practice zen meditation in an intense manner, and my partner and I aim to introduce “autism and meditation” at various conferences (see Autsit.net).

Learn how giving the gift of tennis to students with special needs can help them reach their utmost potential!